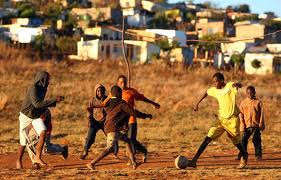 Create, curate and collaborate – seem to be the new buzzwords for students learning in the 21st century according to @markbrumley’s recent blog post. Other c buzzwords that have also been mentioned in the past have been: communicate, and think critically. A 21st century learner would be hard pressed to find substantial employment anywhere without these vital skills. But this list is not exhaustive. In fact, I would argue, that an essential element is lacking from this list which is vehemently vital to our students’ future and would prepare them for a 21st century global society in which they will live. This element is not only a skill that students have to purposefully develop; it will also build their character and ultimately the societies in which they live. Today’s 21st century learner not only needs to collaborate, curate, communicate, think critically and create. They also need to be much more culturally conscious.

Cultural consciousness means understanding what defines one’s own culture – small c and big C and also how it may be similar or different than other’s small c and big C. Big C culture refers to religious denominations, patriotic symbols, language, race, ethnicity, gender and sexual orientation. Small c refers to the small things that we do such as family traditions or individual preferences. For example, I may be a Canadian of Italian descent (big C) who does not eat pasta (small c). By heightening our cultural consciousness, we understand people better and are able to make more meaningful connections across ‘big C’ cultures. Teaching kids this important distinction is necessary for maintaining a cohesive social fabric which melds the entire human race together.

A student in Canada may not speak the same language as a student in Afghanistan, yet may love to play soccer like they do. The more small ‘c’ culture we find in common, the closer the human race becomes to each other. Though the human race is diverse, we know that diversity can be regarded as strength and not weakness, such as has been evidenced in our rich multicultural and bilingual country – Canada. In fact, as we understand each others’ preferences, traditions, happiness, hardships, trials and tribulations better, we can relate and empathize with one another.

Social media has been blamed for causing rifts and divisions within communities and amongst people. But we must remember that it has also been used to unite people, to build capacity, to cause revolutions, and to raise our level of cultural consciousness. Though two people may not be from the same country or speak the same language, they may both like to watch old Tom Cruise movies on youtube. This is a trait which unites despite other differences. But we may not know or understand these small ‘c’ cultural quirks until we get to know each other better and realize that we are not really that different after all.

Our pluralistic voices all have one message – the betterment of humankind and societal development. It is our civic duty as educators to make students more culturally aware of themselves and their local & global peers.
Posted by Unknown at Wednesday, January 04, 2012